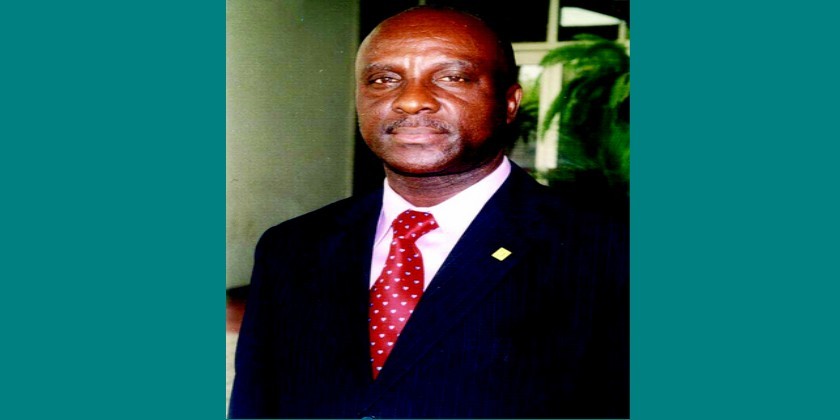 Come September, when the new academic session would begin, pupils of primary and junior secondary schools (JSS) across the country may be exposed to a new subject.
The Nigerian Educational Research and Development Council (NERDC), in collaboration with the National Agency for Food and Drug Administration and Control (NAFDAC), is working towards the infusion of food and drug safety elements into the Basic Education Curriculum (BEC), to stimulate behavioural change on health issues, especially among school children in Nigeria.
While the planning and writing workshop for the infusion has already commenced, the teaching of the new subject is expected to begin in primary and junior secondary schools nationwide in September, when the implementation of the newly revised BEC will kick off.
The council also plans to embark on capacity building of teachers. The new subject is intended to create an awareness among school children, on the use, misuse and abuse of drugs and products. Pupils are to learn topics such as identification, sources, implications of taking fake, counterfeit and substandard food and medicines.
Besides, subjects such as Basic Science, Basic Technology, Information Technology, Physical and Health Education (PHE), Home Economics and Agriculture, Social Studies, Civic Education, Security Education, Business Studies and English Studies have been identified to carry the food drug safety elements.
Executive Secretary of the NERDC, Prof. Godswill Obioma, who briefed journalsits at the Planning and Writing Workshop for the purpose, held in Lagos recently, explained that antecedents to the infusion process started when the council was directed by the 57th National Council on Education (NCE) meeting, to commence the process in collaboration with NAFDAC.
With a meeting held between representatives of the two agencies in 2011 on modalities for the infusion, it was agreed that contents of the curriculum were to be infused into relevant carrier subjects in Basic Education (Primary 1-6), JSS 1-3 and even at the Senior Secondary (SS) level.
The NERDC had earlier facilitated other curricula on Environmental Education, Early Child Care Education, Drug Abuse Education (sponsored by the National Drug Law Enforcement Agency), National Values and Orientation (sponsored by the Independent Corrupt Practices and Other Related Offences Commission), Road Safety Education by Federal Road Safety Commission, Consumer Education Curriculum (sponsored by the Consumer Protection Council) and Disaster Risk Reduction Curriculum (by the National Emergency Management Agency (NEMA).
Obioma explained the justification for the new initiative: ” In recent times, the increase in the incidence of food poisoning and accidents arising from the effects of fake products have made it imperative to give serious attention to safe guarding public health. It has been noted that lack of awareness on unsafe products has constituted a major factor to health issues”.
The Professor of Mathematics Education and Evaluation also pointed out that for NAFDAC to effectively carry out its mandate to regulate and control the manufacture, importation, exportation, distribution, advertisement, sale and use of food, drugs, cosmetics, medical devices, chemicals, packaged water and other drinks, it must effectively deploy the use of the curriculum as a tool to sensitize the public, especially children, on the dangers of fake products.
Responding to questions on fears of overloading of the Basic Education Curriculum, Obioma said ” We used to have 20 subjects in the Basic Education Curriculum and a child is expected to take not less than 14, while some are optional. But what we have done is to meet the yearnings of the people and we have now compressed the 20 subject into a mere 10, without the curriculum losing its quality in terms of content”.

He continued ” For instance Basic Science, Basic technology. IT have been compressed to basic Science Technology and we have done the same for Religion and National Values which use to have about seven subjects and have made it easier for the children. What we did was to look at content, avoid redundancy and repetition, and retain areas of earlier infusion so we want to assure Nigerians that the infusion of food and drug safety into existing curriculum is not going to increase content or volume. This is what we call local content in action and transformation at its beat. We have demonstrated that Nigeria has the expertise and resources to carry out this programme”.
Representing the Director General of NAFDAC, Dr Paul Orhii, the Deputy Director, Pharmacovigilance/Food and Drug Information Centre, Mrs. Adeline Osakwe said part of the key strategy employed by the agency to carry out its mandate is through public enlightenment campaign.
According to her, the infusion affords NAFDAC a broader platform to get across to the Nigerian school children “on the forgotten norms and issues of food and drug safety consciousness which have inadvertently been overlooked by the nation’s educational curriculum”.
Through the NAFDAC Consumer Safety Club (NCSC), established in 2002 as a public enlightenment and sensitization platform to reach students in secondary schools nationwide in its eradication of fake/substandard and unwholesome regulated product campaign, she noted that with active involvement in over 500 secondary schools across the country, the goal of the programme is the enthronement of quality culture among children.
She said ” The focus was on secondary school pupils because it affords us the opportunity of catching them young and instilling positive values in them. The objective of the school club is to re-orientate the youth and redirect their energies away from anti-social behavior and towards safe health habits and meaningful development”.
The collaboration with NERDC according to her was prompted by the need to explore a broader and more equal opportunity platform to get across to secondary school students in the country on the forgotten norms and issues of food and drug safety consciousness which have neglected and overlooked in the educational curriculum
She further describe the infusion process as a milestone towards ensuring that every Nigerian child in the basic secondary levels of education is adequately informed through well developed instructional materials on important issues of food and drug safety.
On their part it is expected that the curriculum would adequately cover important issues such as identification, sources, implication of fake, counterfeit, substandard and unwholesome food and medicines to the society and to the well being of Nigerians, negative economic implications to the nation and individual, issues and implication of drug abuse including the roles of the consumers, distributors and manufacturers on food and drug safety issues among others.
On continuity of the initiative, she assured Nigerians that the programme is being integrated into the existing curriculum to promote lifelong learning process.” This is not a one off arrangement. We have demonstrated our readiness and commitment to this programme and the information we are giving to the NERDC are information we have been giving to the children through the clubs”.
On their expectations, she said ” we want the children to imbibe qualities that would make it impossible for them to be involved in the distribution or usage of fake food and drugs. People claim ignorance a lot so now we are creating awareness and we want them to build quality as a culture, learn to do things the right way and on our part we would be developing the nation through development of the children”.

LETTERS Dear Sir, The subject that follows is the letter that accompanied my fleeting encounter…

Why I took THISDAY newspaper to court…